In my work at GMV, I’ve had need to inspect and edit General Transit Feed Specification (GTFS) feeds on numerous occasions. A GTFS static feed is simply a ZIP file containing several CSV-formatted text files that describe the routes and schedules of a transit agency. Because GTFS is a specification that is explicitly human-editable with common, non-programmer tools like spreadsheets, it’s not uncommon to need to dig into a feed to find and correct clerical errors. However, because it’s a ZIP file of text files with file extensions of .txt, it’s still pretty inconvenient to try to open the files with something like Microsoft Excel.

Fortunately, the simplicity of the specification works in my favor. Conceptually, a GTFS feed can be translated concept-for-concept to an Excel workbook. Each file in the feed can be represented as a spreadsheet tab within the workbook. 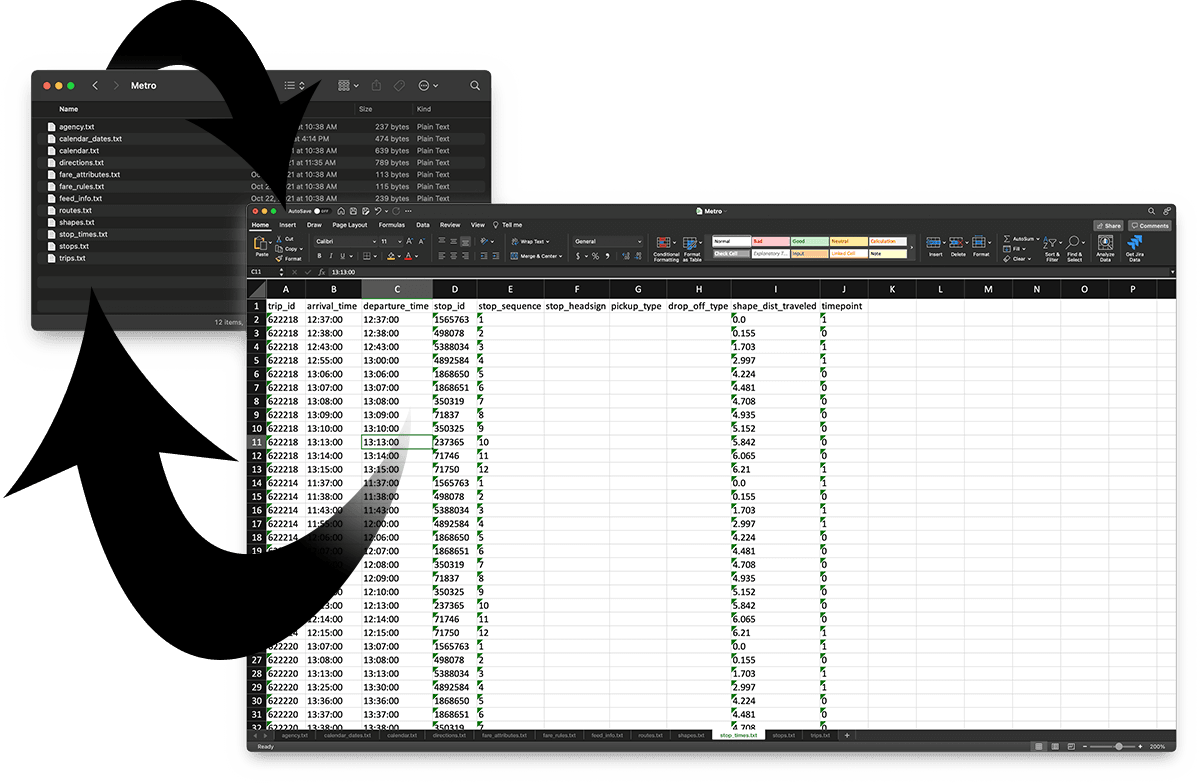 I built the tool using .NET and have a version that’s installable as a global tool for those with .NET 6.0 already installed, and also self-contained, dependency-free builds for Windows, macOS, and Linux. I think it’s pretty easy to use:

I’d love to know if you use this!